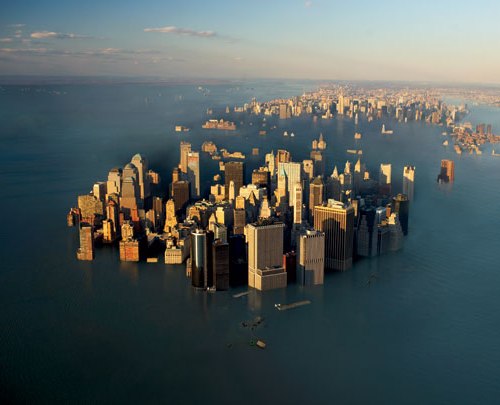 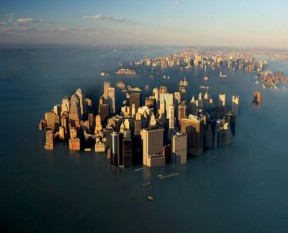 In pondering the burgeoning consequences of man-made combustion on the climate, it’s become increasingly apparent to me that we do really need to start taking into account everything we do and how it influences our air, land and water quality. The naysayers may want to convince us, like the cigarette manufacturers did in the past, that it’s not our fault but all you have to do is look around, and not very deeply either, to see they’re just trowing up smoke screens.

I so clearly remember a time as a boy living in already intensely urbanized New Jersey that on clear nights I could see the most amazing stars. And if we traveled all of 20 or 30 miles away, the vastness of the sky at night grew incredibly. Now with combined air and light pollution, the magic of that experience is obliterated from view. And the 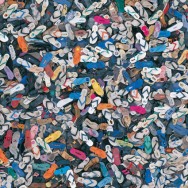 problem is, people grow up now thinking, or believing, that maybe no stars, nor galaxy, nor universes exist – certainly none they are enticed to want to touch.

All this has me questioning the effects of the hoards of artists on the environment. Frankly it feels like there’s not a lot great out there to applaud about. There certainly are some people who have made it part of their production to lower their carbon footprint, or whatever one chooses to call it, by working with 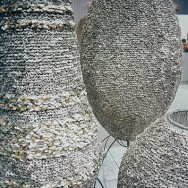 In general, however, as artists we allow ourselves incredible leeway in terms of the use and abuse of any material, any means of production necessary. Because we have a message or a product or an idea to get out there, and we’re artists, we feel we’re immune from the deleterious effects of our working techniques. And damnit! no one’s going to tell us we can’t do that. We’re ARTISTS after all, the world’s most underpaid  and overly self-absorbed specialists. 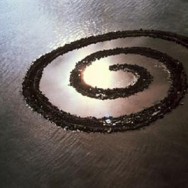 and the art world culture around us like to believe that we are inspired outsiders who have special dispensation to do, say and produce anything we want.

The most profound early awareness of this need was in the 70s and 80s with the Earth Art (Land Art now) movement, artists such as Robert Smithson and Richard Long. Not only because of their respect for the natural world around them but also because they were pushing back against the sense of all things in art being commodities, they worked with found objects and in out of the way places that challenged people to see what they were doing as art, 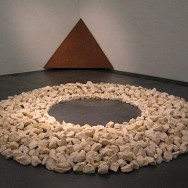 and then even more so, challenged them to figure out how to make it a ‘product’ for consumption. On some level the art institutions succeeded and sadly, the trend towards commodifying all things artistic simply continues at an alarming pace.

Don’t you ever wonder what happens to all that artwork being produced around the world? I mean the stuff that is not hanging on some wall or standing in some gallery? What of all that material of production that is used in a vain glorious attempt at satisfying vain glory, or just to find an income? With so much being produced in the oeuvre of every artist who has or continues to live and work in the 20th and 21st century, where does it all end up? My guess is that the great bulk of it ends up where all our ‘stuff’ does – in a land fill. If we land ourselves back at the door steps of almost any gallery in Chelsea, London, Hong Kong, what you will find inside is a smorgasbord of objects, made from materials much (or most in some cases) of which will contribute to the mountains of decaying, putrifying trash around the world. 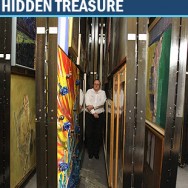 Like the many characters on the shows, “Hoarders” and “Hoarders, buried alive”, each artist believes that what we produce is vastly more important, or pleasing, or valuable than each other artists work – save a few. We start out young making things to satisfy cravings and curiosity, or because we see an opportunity, and then we turn it into a career of sorts that at best motivates our belief in the cultural value of what we 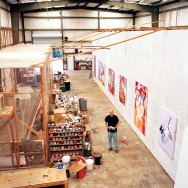 produce. So we keep on producing, the results of which often end up in filling store houses, basements and attics the world over. In the wealthy ‘first world’, arguably something that the USA is slowly leaving behind, artist of reputation have studios all over the place to produce an unending array of objects for sale. It is consumption of art objects on a scale never before seen.

How do artists of few means in poverty stricken areas or countries handle art production, environment and material accumulation? I’m going to assume that, as I did as a young man with no cash of any consequence, they beg, borrow and steal to get what they need and then, if they’re enterprising enough, do their best to sell it for whatever money they can get. I’m fairly convinced that hoarding, whether it be store bought objects or handmade artwork is something that requires a certain level of income not typical in many places in the world.

So what am I saying here? That artists are hoarders of self-satisfying trash made from materials that contribute to global climate change? Well, yes, in a sense. But not any more so that your typical homeowner who tears out a perfectly fine bathroom so they can replace it with something who’s style will be undesirable within 5 years. 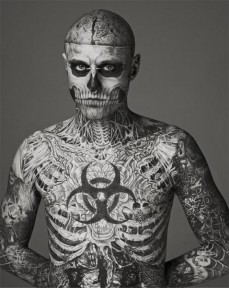 What I’m saying is that we are NOT different, no matter how much we, and the art culture market we help create and that supports us propel us to believe it. It used to be that when a person had a tattoo it was mildly titillating. They had some sort of ‘outsider’ status. Now, people have to cover themselves in tattoos to get attention and instead of the attention they want, mostly they get seen as just another, “I’m so special” egotist. A good example of this is Rick Genest, a Canadian artist who is famous for being tatooed like a corpse.

that he or she is ‘in’ on the other side. Whether it be artists, or fashion designers, or current day bikers or snow boarders, the entirety of the culture of youth strives toward being seen as different. And the prize you get for that difference? You’re more ‘in’ than the ‘in’ crowd. How silly and yet how telling of who we are.

So now we have a climate reality that won’t let us ignore it. (See the Climate Reality Project ). And where for a long time the global warmers tried to be cooler than everyone else by making it hip to be aware, now the most ‘in’ thing anyone can do is to be outside of the outsider experience enough to realize that we have to start doing something ourselves. Each and every one of us, as artists, as citizens, as family members, needs to consider what we can do to help generate a world with the best possible living experience for all, not just for some of us.

Growing up feeling outside the mainstream of society seems to come with the territory for certain individuals. Is it hormonal? Maybe. Is it family-related? Likely. But whatever it is, the general result has been for the outsider to isolate themselves and look for a way to get recognition for their difference.

What if we stopped putting art and the production of self-aggrandizing objects as the primary manifestation of this need and instead encouraged all outsiders to focus on the ‘we’ that is the entirety of our human (and animal) population. The unique and charismatic things that would be produced in this effort would be, chaotic, I’m sure but have the potential to change our view of the world resulting in changing the world itself.

In other words, let’s replace making self-conscious objects of ego, aka consumer-based built-in obsolesced objects, with an energy and result that generates human and planetary benefit. The end result of this is much farther reaching and much more satisfying.

And, since relatively few artists make much of any money now, it’s a no brainer as far as compensation goes.