Slice me up, slice me down 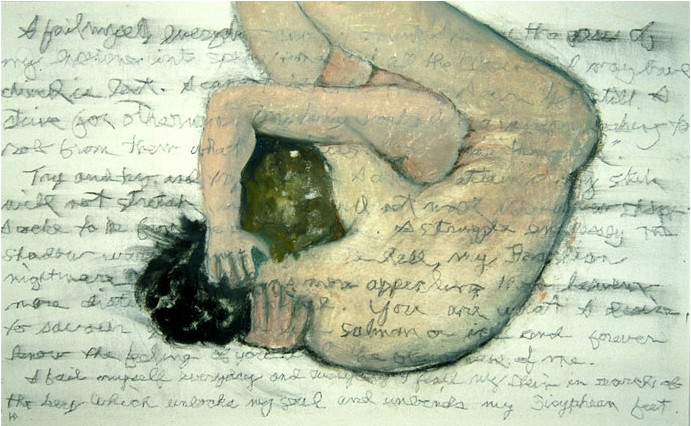 I remember. Unlike so many people I know, I remember. The details may not be 100% but the colors, emotions and general tone of the experiences are still vivid. So many middle-aged adults, like myself, look at young people and say, “Look at them. How can they… that way?” You can fill in the blank with whatever you want – dress, eat, sleep, behave, etc. But I remember how it felt to be that age. For me, the combination of fear and excitement, married to a belief in my untested abilities and a desire to prove them wrong, meant that I knew everything. And if I didn’t it wasn’t worth knowing.Yes, I harbored feelings of not being capable. I addressed an inner lack of faith in myself by covering it up with bravura and sarcasm. And occassionally, someone just a little older, and wiser than I would cut me off at the knees. Oh my, how devastating that was. Days or weeks of depression ensued. Maybe even life altering behavior changes.I remember an instance where I was invited over to play a game of chess, I believe it was, or some other board game with two guys, one of whom I adored. He was by any standards a righteous bitchy queen dressed up in butch clothes. Very handsome but very full of himself. He was all of about 22 or 23 but to me he was ‘older’. I was maybe 17 and yearning to be cool. I had only every managed to be cool doing drugs and by the time that behavior actually added up to some amount of cache, I was no longer doing drugs and didn’t care anymore. By then, I just hated most people.So there I was sitting at this dining room table with Chuck (maybe his name, maybe no) and Bob (definitely not his name), having a beer and pretending to be so ‘smart’. I knew that I could catch him up. I was without doubt feeling incredibly full of myself (and scared shitless at the same time). After a series of wisecracks and come ons, I was flying high with the kind of loose air that comes from feeling superior. I started to believe that I did it. I slew my dragon and bested, in words, this man I had such a crush on.

And then it came. In a barage of words so insightful and sharp they flayed my nerves, he shredded me. I can’t remember the words. I’m not even sure what I said that triggered it. I only remember being so sure of myself that I was laughing outload at myself, and inside at him. With little fanfare either before or after, he scorched my wings like Icarus and I fell hard to the ground. I was so embarrassed that I jumped up from the table and bolted out the door. The shock of being taken down so hard and so quickly was greater and more devastating than I imagined. As I was leaving I could hear a disingenuous voice say, “Where you going?”

That was the last time I saw him. And for much time after that I was afraid to say anything that would engender that attitude in me again. This didn’t last forever as eventually the ego intellect in me reared its ugly head and on multiple occassion I used it to cut down people I felt safe with. This even extended to my then partner which some 24 years later would contribute substantially to our splitting.

It took until the death of both my parents, way too early for my taste, and the demise of several dear friends due to AIDS that I finally started to understand what this was all about. It’s ironic to me how in theory we are born into this world with such openness and innocence and yet in such a short space of time, from age 1 day to somewhere around 8, maybe, possibly sooner, we get so damaged that we develop, emulate, mimic, whatever you want to call it, destructive behaviors like this. You might call them survival tactics but somehow they feel much less necessary than that. In middle school and high school kids seem to take on a slash and burn mentality. It’s each boy or girl for himself, with an “I don’t need anyone” attitude coupled with an obsessive “hey, look at me” neediness.

It strikes me that when our clan, our family, our group is not able to incorporate us in a meaningful way with all our foibles and dissonance, we are left to create and foster deep ‘us against them’ strategies. When we are cut off from some ritualized process through which boys and girls are allowed to let go of the parents and family and yet know they are still supported, they end up creating their own techniques for doing so. Unfortunately, it so often means creating an ‘enemy’ in order to feel better about our lonely selves.

And so we end up being cut down to size by someone we admire and/or cutting others down to size to shore ourselves up. In either case the price for that is a tragically altered ego, the damage from which gets spread out into our oncoming years and relationships.