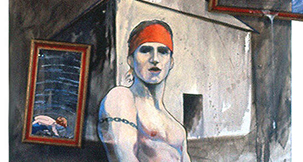 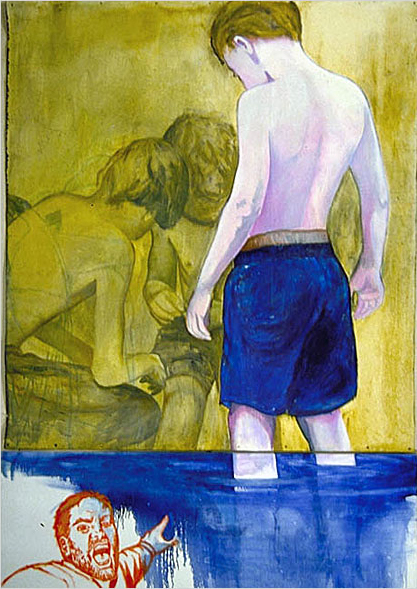 My full-fledged work with Neo-expressionism began and ended in the 1990’s. My imagery moved away from landscape as the primary subject and it became more of a ground for images of people, emotions, ideas and reactions. I was completely enthralled by the idea of overlaying images on top of one another and creating narrative. Often the ‘story line’ was murky at best. Nonetheless, these were were and are all narrative explications of the various feelings and ideas I was examining and coping with at the time. Unlike so much neo-expressionism, which struggled to stay away from the directly personal aspects of the artists’ lives, my work was an examination, a self-portrait as it were, of the inner workings of me as an artist and an individual. Starting with the early work “Hope, no hope”, a piece made as a way of trying to cope with the losses from the AIDS crisis, the balance of this period in my work pushes me and my work into uncomfortable but strong territory. I was as much influenced by the newspaper and television news as by any other artist, though there were a few who played an influential role, Sarah Crooks Flaire, Jim Fuess, and the marvelous photographs of Raymond McCoy. 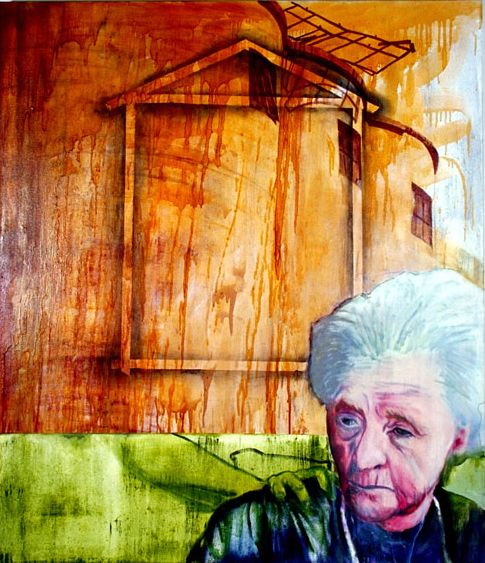 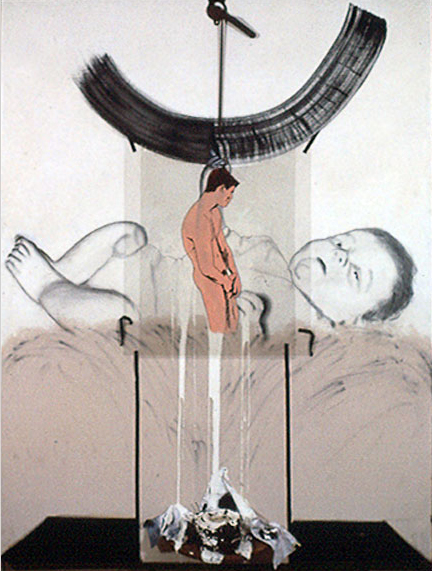 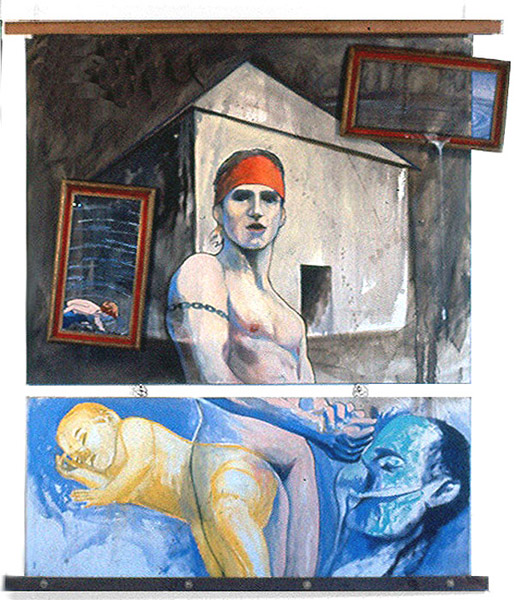